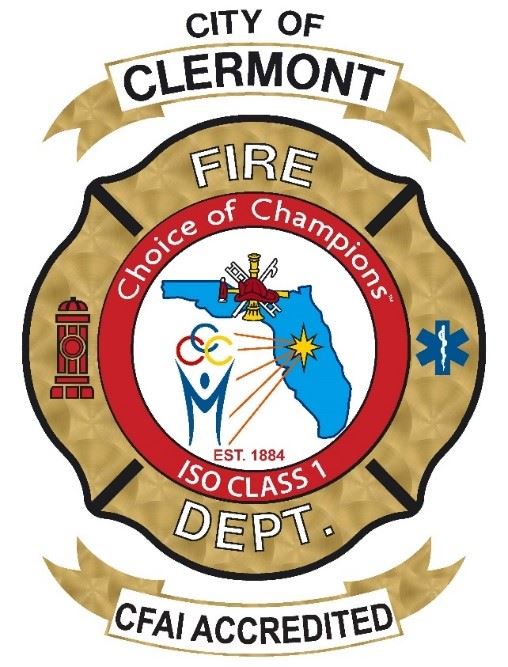 The City of Clermont Fire Department received Class 1 Public Protection Classification (PPC) rating from the Insurance Services Office (ISO) in July 2020. This nationally recognized standard is based on extensive criteria that evaluates a department's ability to protect people and property. Under 1% of the nation's public departments hold this distinction. The ISO Class 1 (on a scale of 1 to 10) provides the lowest insurance premiums possible for hazard insurance policies and only 186 (0.6%) of the 29,705 public fire departments in the U.S. have a Class 1 rating. 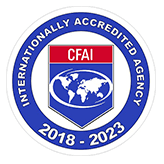 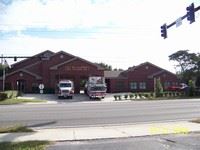 Our Special Operations Team has been designated by the state as an Urban Search and Rescue (USAR) Type IV Technical Rescue Team. Our department has an active honor guard. We also have an active Fire Explorer program for the youth of the community as well. 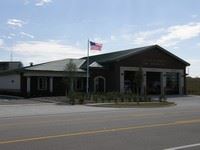 The city had an Ajax chemical fire truck as early as 1917. A volunteer fire department was organized in 1923. The City Council appointed G.D. Cribb as Chief. In 1924, F.B. Roe replaced Cribb and was instructed by Council to organize and drill a hose company.

What is the Insurance Services Office (ISO) Rating?

The City of Clermont is an ISO Public Protection Class 1. The Public Protection Classification number is derived from a relative scale of 1 to 10, with 10 representing no recognized fire protection and 1 representing the best possible fire protection. ISO stands for Insurance Services Office. This organization uses a "Fire Suppression Rating Schedule" to review and evaluate the available public fire suppression capabilities in order to develop a "Public Protection Classification" for fire insurance rating purposes. The schedule is a fire insurance rating tool, and is not intended to analyze all aspects of a comprehensive public fire protection program. This classification is one of the factors utilized to determine fire insurance rates for individual properties. The schedule measures major elements of a city's fire suppression system. These elements include Fire Department (50%), Water Supply (40%), and Fire Communications (receiving and handling fire calls - 10%).

Can I burn a pile of lawn and tree clippings in my back yard?

Authorization is not required to burn yard waste as long as you meet the required setbacks and there are no local, city or county ordinances in place that prohibit burning. Check with your local, city and county officials to find out if there are any restrictions in your area. You can contact the Division of Forestry at 352-797-4100.

For further detailed information check out an informational brochure from the Florida Department of Agriculture and Consumer Services (PDF).

How do I check my smoke detector to be sure it is working properly?

Smoke detector batteries should be changed twice a year. "Change your clock, change your batteries." To test the detector, simply press the "test" button. You should hear the alarm. If you do not get an alarm, try a new battery, if that does not solve the problem replace the detector.

How do I know if my child's car safety seat is installed properly?

Motor vehicle crashes are the number one killer of children today. Just having a child safety seat is often not enough. Statistics show that 4 out of every 5 car seats are used improperly. It is very important to have your child's car safety seat properly installed. The City of Clermont Fire Department is currently offering child car safety seat checks by certified technicians. The child safety seat check takes approximately 45 minutes to perform. The City of Clermont Fire Department has implemented a schedule for car seat appointments. Technicians will be available twice a month for installations. Please call 352-394-7662 between 8 am and 5 pm, Monday through Friday, for an appointment.

If I lock my keys inside my vehicle; will the Fire Department unlock it for me?

Our department will respond to an emergency situation, such as an infant or pet locked in the vehicle or a vehicle left with the motor running. However, because of the technological advances in vehicle locking mechanisms that are designed to prevent theft, damage to the vehicle is often sustained in trying to unlock the vehicle and some attempts to gain entry by our "lock-out kit" equipment are unsuccessful. If our attempts to gain entry without damage to the vehicle fail, we may use a punch tool to break one of the windows. Therefore, if there is no emergency involved, our department must regretfully decline a request to unlock a vehicle and will refer you to a locksmith.